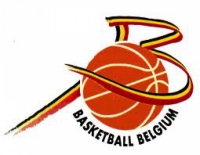 On February 20, 2000, BMC-Group NV signed an exclusive 10-year contract with the KBBB (Royal Belgian Basketball Association), the highest basketball authority in Belgium. It represents Belgian basketball on the national and international levels.

The exclusive partnership includes, among others, the management of all (commercial) rights of the national basketball teams, including the men’s national team ‘Belgian Lions’.

BMC- Group also manages the licensing rights of the KBBB (merchandising), and the company is responsible for the media contracts.